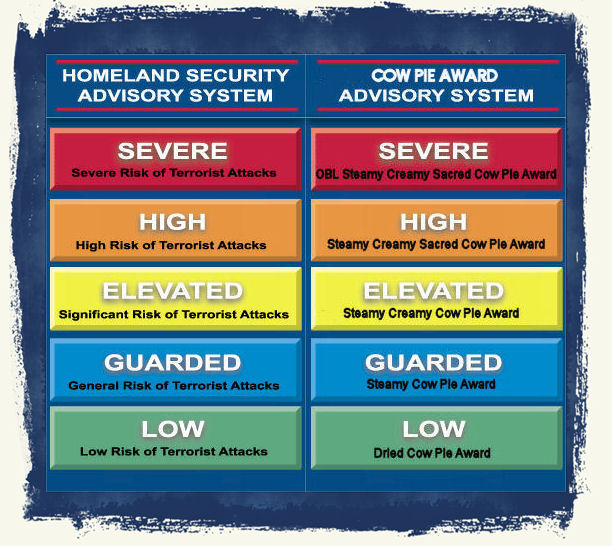 Just like the old Homeland Security chart rated the danger from terrorists the Cow Pie Awards denote the threat from within. The CPA's can be given to an individual or group. A green CPA for example would be given when someone just says or does something really freaking stupid but are not really much danger to America. On the other hand a RED CPA will be given when someone says or does something that is really a danger to our country or disgrace's America or is just incredibly, unbelievably moronic. An example of what gets a RED CPA is Reid's remark "The war is lost" while we have boots on the ground or Obama bowing to freaking Arabs on his apology tour a while back. I'll rate 'em like I see 'em!